Often on the news we hear about how a country bombed another country. During the Iraq war I remember hearing this on the news A LOT, but one thing was never really talked about, what does this actually cost? Well I found a good estimate that I would like to share with you. I know that this is just an estimate but it gives you a rough idea of how much bombing costs.

The report where I got my information

Now in this report they talk about the different aircraft and refueling costs and I know that these are not the only costs (the cost to train the pilots, the cost on the infrastructure of the country being bombed, the innocent people killed, etc.) but I think it can give us a good estimate. A particularly revealing graphic from the report is below. 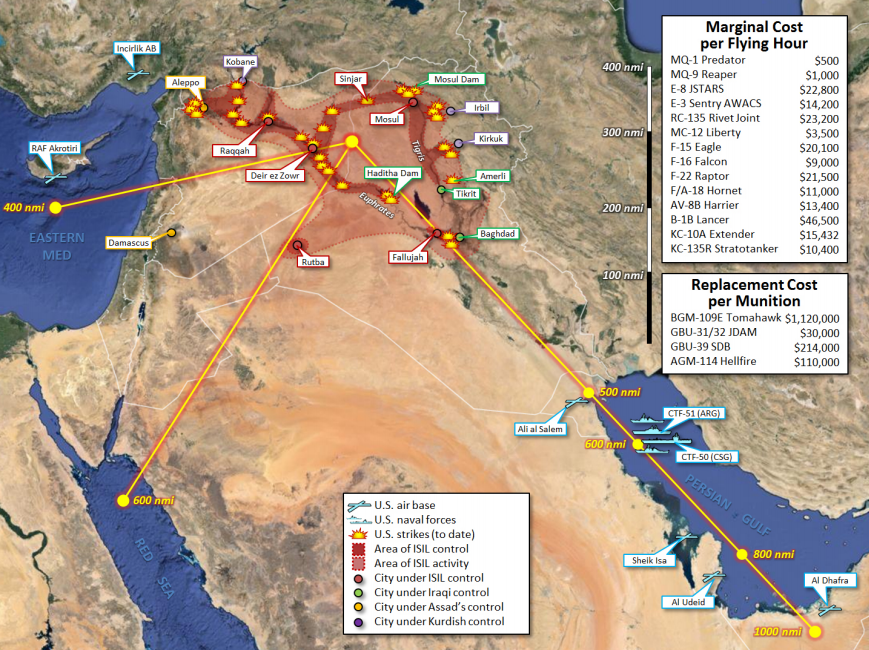 As you can see, the cheaper aircraft are drones like the MQ-1 Predator and the MQ-9 Reaper. However, in the same report they say that a lot of the bombing is done by F-15s, F-16s, and F-22s. Another interesting thing to note is the cost of the munitions, which vary greatly from a tomahawk missile costing over $1M to a GBU-31 bomb (shown below being loaded on a plane) costing a “mere” $30,000. The report talks about how typically each strike involves around 2 munitions being expended.

And so, even at the cheapest of the cheap airstrikes, it will cost $60,000 for the bombs alone. However, the report also did an estimate of targets attacked per month (100) and cost per month (shown below). Now this is only for the “low intensity” bombing campaign, but as you can see from the table below it will cost about $300M a month (probably less but it’s easier for the math), or $10M a day. Now dividing that by the number of targets attacked per day (about 3.3) we get $3M per target attacked. Now it’s worth noting that a lot of the cost may come from the fact that they have to fly lots of planes (sorties) before they actually attack a target (90 sorties a day but only 3.3 attacks per day), but I think we can treat the sorties where they don’t attack as intelligence gathering or an overhead cost to bombing. So, in essence every time you hear “so and so bombed ISIS” now you know that it’s costing about $3M. Tax money well spent? Feel free to leave a comment. 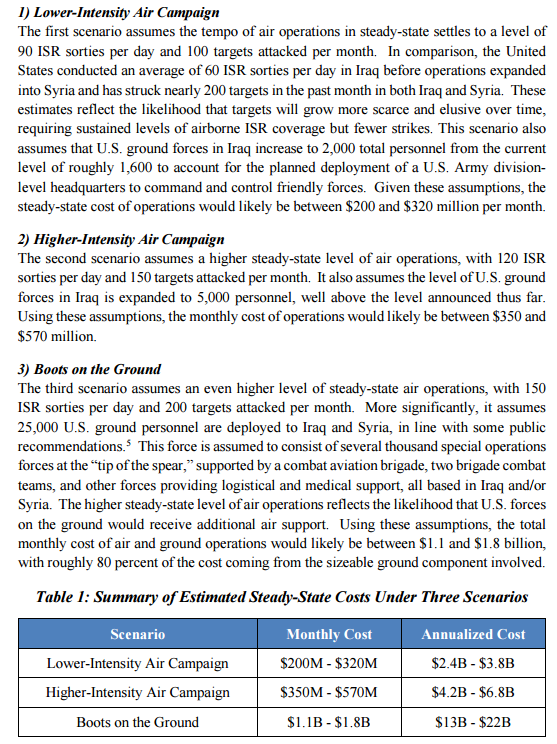