So Hearthstone Classic is releasing this Thursday. It will contain the first 240 cards Hearthstone ever released, back in 2014. I’m guessing this version of the game is coming out for two reasons, the first being that a lot of people are leaving the game due to it’s huge LUCK factor (random number generator (RNG) winning games) that was much less of a factor in the early days and the 2nd reason is that World of Warcraft Classic has been so popular.

Now, original Hearthstone had 9 classes. I’m going to list them out along with popular deck archetypes. Then I’ll run through counters for each individual deck.

Counters: Kill all minions on board, multiple taunt minions, stay above 24 health

Counters: Kill minion card (for Alexstraza), generally healing cards to reup after they burn you down (they usually can’t burn more than 15 damage)

Counters: No direct damage and deck is weak on minions, clear the board constantly and you win

Control Priest counter: Zoolock (the priest has a lot of cards to deal with BIG minions, not a load of small ones) or Face Hunter

I’m actively in the process of simulating Hearthstone in order to create an AI I can play against when I have time (which is almost never). So far I can play a game against a PC, create decks, and hopefully soon add new cards. Stay tuned.

This might be an ongoing post. Basically despite having 0 time (fulltime job + 10 month old baby = 0 time) I’m trying to embark into streaming AT THE SAME TIME I’m working on simulating and “solving” Hearthstone. 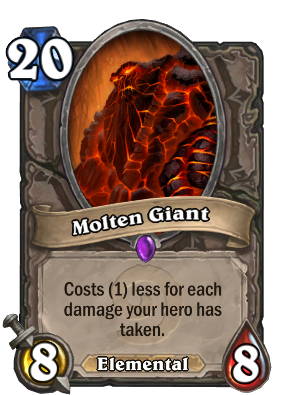 This is going to be a relevant card since I’m going to start with Handlock (a variant of Warlock (one of the characters you can play in Hearthstone)). I think it’s representative of my life. The more pain/damage you take, the easier it becomes to summon the courage to do something epic (8/8 stats is pretty good in Hearthstone).

Patrick Ruff is a man, he used to be a boy. That man is me. This post is me. It’s all about me, or rather, it’s a vainglorious attempt to optimize searches (search engine optimization) such that if someone types “Patrick Ruff” on Google it doesn’t get buried under a bunch of other random pictures of OTHER white guys but instead it places my page where it should be, at the TOP. I mean, this site is www.patrickruff.com, so WHY shouldn’t it be the top page? Nobody else pays for this domain! 🙂

I’m just going to try something:

Hey everyone that reads this site, sorry I haven’t been keeping up with things, but I’ve been pretty busy in my own life. I’ll try to update the site more in the near future but for now, just know that I’m working hard. Also, you should register to vote in the Democratic primary in your state (if you live in Iowa, the primary is in 2 weeks!) and as you know, I am 100% behind Bernie Sanders and if you think the middle class needs people fighting for it you should be for him too!

Thanksgiving is right around the corner and it’s during this time that my mind goes to friends, family, food, and board games. While traditionally my family has only really played games like Scrabble or Monopoly, recently we have introduced a more complex (and in many ways more fun) game called Powergrid. Powergrid is simple to learn, hard to master (I have never won a game yet). It involves 4 phases, where you buy power plants (-$), buy resources for the power plants (-$), build power plant stations in different cities (-$), and then get paid (+$). The strategy comes into play in exactly HOW you do each of these steps. The game punishes you for winning and has many subtle complexities that you might not pick up on at first and don’t really need to in order to play and have a good time.

Below is a picture of the game already in progress with 3 players (the red, green, and black pieces represent powering stations in several different cities). The numbers on the pipe-looking things are the connection costs that must be paid before you can build in that city (the powering stations must form a connected network between cities). So building costs money to A) make a powering station and B) the cost to connect to the city you want to build in.

In addition to building powering stations (the build phase) you need to buy resources to power the plants (resource phase) as well as buy the power plants (plant auction phase) themselves. These phases (mentioned before) involve auctions between the other players. The power plant market is just a randomly drawn set of power plants that people bid on, whereas the resource market (shown below) is composed of a finite set of resources that get replenished (but only by a set amount, meaning that there can be shortage, which means that prices can skyrocket). So who gets to buy resources or power plants first? The player in last place! So the more you’re winning, the more disadvantaged you are for buying stuff. This aspect of the game and many others are what make it fun, there’s usually a chance for you to come back and win after being down. Looking forward to playing (win or lose) soon!

This post is about a childhood obsession of mine, perhaps my favorite show as a kid growing up (until it got bad and different voice actors were used). X-Men, The Animated Series, that came on Fox Saturday mornings was a piece of my childhood I’ll never forget. It wasn’t just the fact that the show was gritty and action-packed, it wasn’t that the plot was great and carried over into future episodes, and it wasn’t that the show dealt with serious topics like race/international relations, bullying, or genetics (well this was a big part of it). I think the major driving force of the show was that the characters were unique, they each had different personalities, and they didn’t always get along. It was a very well-written and realistic show, and it was a “children’s” show!

This show came out in the 90s and was well ahead of its time. Remember how everyone was freaking out about Game Of Thrones because they kill off a central character? X-Men did that from THE FIRST EPISODE (maybe 2nd technically). Anyway, one of the characters is killed and another character is thrown in jail, not to return to team of X-Men for a season or two. The show did some many things right, I’ll expand more on this later.

So, given that 80% of people live in urban areas, you can see above where those areas are. Now let’s look at the last 4 presidential elections. 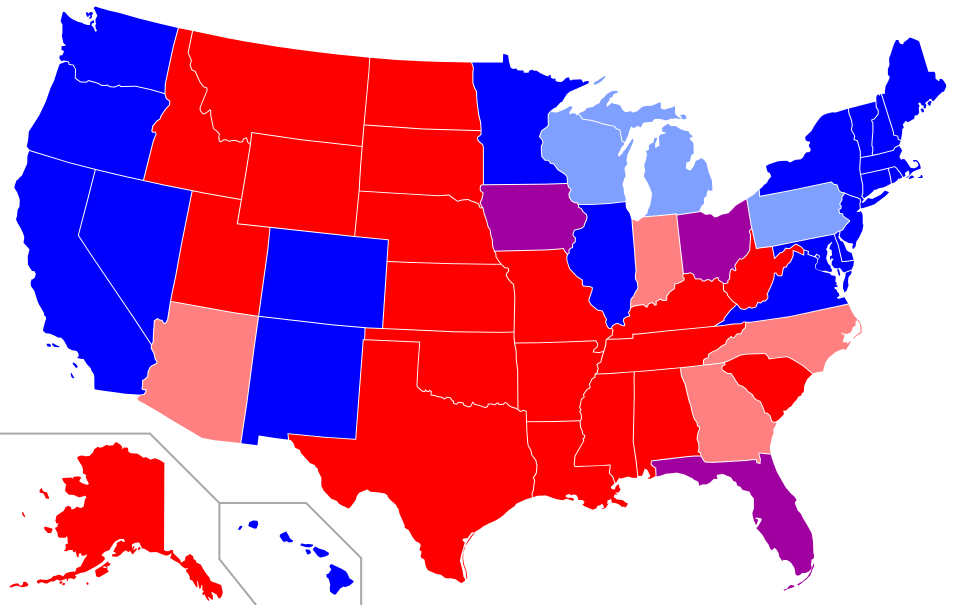 In this map you can see that (with the exception of Georgia and Texas), states with major urban areas tend to vote democratic more often than not. I lived in Atlanta for 6 years and during Obama’s campaign there was a majority of popular opinion for him there but that stopped outside of the city limits. I’m assuming it is similar to major urban areas in Texas as well.

Website went down recently and I lost all of my files. Am starting from scratch so bear with me.