So I tried to do some freelance coding work in an attempt to see how marketable my skills (if any) are. I took on a job for $50 that wanted 2 computer systems to talk to each other (it was initially described as a chat so I thought it was a chat the client controlled, apparently not). I didn’t know that system A was this new hot thing called OpenAI chat https://openai.com/blog/chatgpt/

But whatever I told myself. I connected the systems, wrote detailed instructions on using the code, then the client said he didn’t want to just connect to OpenAI, he wanted me to essentially hack into it in order to reverse engineer the model trained on the entire internet since 2021, and to deliver them the fully trained model.
For $50… 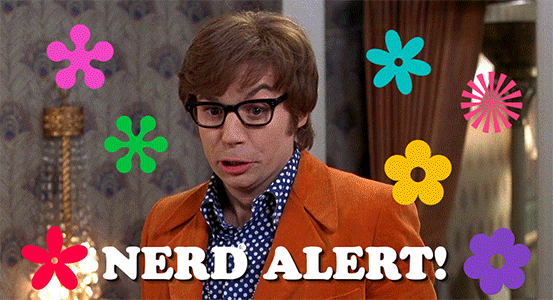 2 actually, 3 if you double count Android. Basically I made a soundboard app with a ton of MP3 files from movies/games that my brothers/family know/cherish. I made it for Joe for his bachelor party before I realized he didn’t have Android. Then I remade the app with React Native so it would be cross-platform (iOS and Android). I think in the future it would be cool to automate the processing/clipping of the audio and upload them to the cloud where they can be used in the app. I think a lot of people have quotes they use but don’t have them always handy, that’s what the app does. Not amazing but still cool to learn the process (summary: Android is better, iOS development forces you to use a newer Mac and also you need to pay $100 to be a “developer” whereas Android just charges $25 to publish to their app store).

So last Saturday I replied to a retweet of DJ Patil (data science guru). The whole exchange involved me responding to another person “StartupLJackson” who posted “No. More STEM workers creates more companies making $, which creates more STEM jobs in the US. We have massive shortage.” My response to this was “More STEM workers, like PhDs making lower than the median wage as postdocs? Or ones out of work?” I went out that night and didn’t see what happened until the next day, when lots of people had responded to StartupLJackson, including DJ Patil again.

Mainly the conversation revolved around StartupLJackson making comments about how welding will be completely replaced by machines in 10 years and that lots of “kids” need to get “skills” for the new economy that is coming. Also the argument against postdocs was that they should just get “tech writer” jobs and make a “decent paycheck” instead of staying in their “shitty postdoc jobs.” The two sides were broadly that 1) we need STEM workers (their side) or 2) we don’t and that we already have enough now (which is roughly my side of the argument). I think there’s more evidence on our side, but feel free to comment on your take. I think if the comment was that we need more developers I might agree (and Microsoft’s Steve Balmer would for sure…see link).

So after being out of the programming world for a few years during grad school I’ve come back into it to find that Python has really taken off. From being a “toy” language, it’s gone on to become THE language of choice for data science, arguably even over stand-alone statistical software like R. In grad school I was programming mainly in Perl, and I just want to say that it was all about the $ with that language (or rather, it was all about odd scripting like declaring an empty string as $s = q++ and other code that could be very confusing to understand ESPECIALLY when the people coding did not write clear comments). That being said I look forward to learning and working more with Python, a language that seems straightforward and handles a lot of things for the user so we can save time and post stuff on our websites that probably nobody is reading. If you read this and are not a bot, please feel free to leave a comment. Thanks.