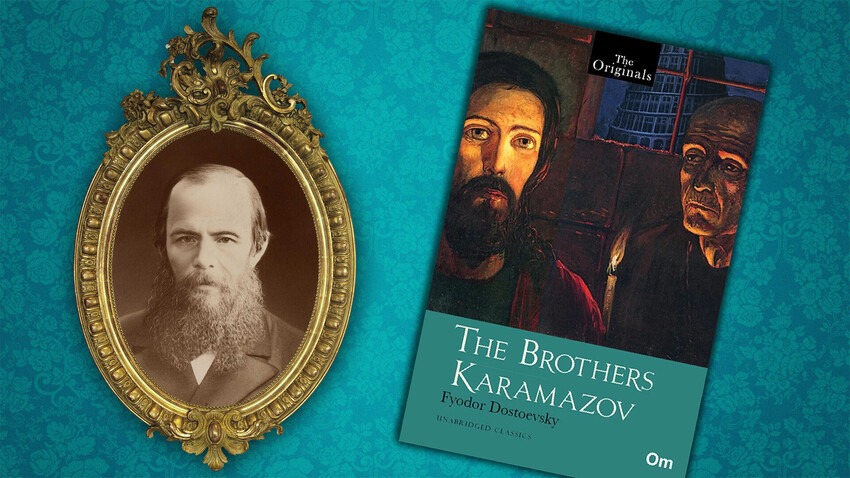 So this is supposed to be one of the greatest novels (if not the greatest novel) ever. I listened to the audio for free on Youtube (all 38 hours of it). I definitely get where Dostoevsky’s existentialism shines through. There’s a great message in terms of surviving and living for values/honor throughout. I would say it was a GOOD book, but certainly slow/meandering at times and definitely a product of its time (1879). If you think about it, this was before mass electricity or most modern technology.

I will sort of spoil the book, it involves a hedonistic man who gets rich and just completely indulges in sensual pleasures. He has 3 (possibly 4, but 3 legitimized) sons but doesn’t raise or really care for any of them until they come back into his life as adults. The boys’ mothers are well connected or have money so in a lot of ways it is a story about the Russian nobility. Sometimes peasants are mentioned or there are allusions to revolution or freeing the lower classes, but it’s usually at most a “Well we are rich and have a lot of servants, but maybe sometimes you can serve them tea, but only sometimes, you know, because we’re so nice.” Still it’s a really progressive book considering when it was written and there are allusions to nihilism, communism, the fall of religion, lack of meaning, all things that were well ahead of their time.

So I liked the book but I think where it falls short would be in its over-emphasis on THE SOUL or THE DEVIL or just religion in general. It doesn’t beat you over the head with it, in fact it often takes the side of “Well what if there is no God?” and develops a lot of atheist ideas. I think at its core though, the characters are all very much aware or at least adherent to the dominant Christian religion. Like, you can tell it’s hard for people to come to grasp with “What if there’s no religion?” because it’s sort of unthinkable at the time it was written.

I would also say I liked that the book takes you through the murder of the father in a fairly in-depth manner. The only problem I have is that the end sort of falls flat for me. The suspected murderer, one of the brothers, is an interesting character and it was cool to see the trial and everything leading up to his arrest. However, after his arrest there’s a lot of emphasis on side characters and the youngest brother not really related to the main plotline. The ending as I mentioned is also flat/stale because major drama, like the 2nd brother dealing with his father’s true murderer, the eldest brother (the suspected murderer) just likely getting out of his sentence due to bribery, and just not much happening at the end. Like, why go through the whole idea of punishment and consequences when in the end you just use money to get out of the consequences. I think a better ending would have been similar to Crime and Punishment where there are actually consequences. Maybe this wouldn’t be satisfying considering the eldest son is wrongly accused (OR IS HE?). The eldest son DID commit a lot of crimes and it’s only luck that he didn’t accidentally murder his caregiver when he was a child. It’s like, I get it that he’s supposed to have a “good heart” and he’s very contrite AFTER the fact, but he still almost murdered an old man and DID assault his father and almost kill him in an earlier scene. The consequences beyond him being in prison for a bit just aren’t there. It’s sort of indicative of humanity that even back 150 years ago we still had a two-tiered justice system, we still had elites, we still talked about “the decline of society” (from when? when was society so great? 1779?). A good book, the BEST BOOK EVER….no. See Dune. See Joe Ambercrombie’s The Blade Itself. See Nine Princes In Amber. Kurt Vonnegut Slaughterhouse 5. Thank me later when you read books like those and not some interesting but ultimately dated “classic” like this book.

UPDATE: I forgot this in the review but one interesting thing, in the book they mention (toward the end at the trial) you have power absolute but with great power comes great responsibility (or something to that effect). Spiderman was a rip-off!